Supporting the NHS during the pandemic

The unprecedented pressures the pandemic has placed on the NHS have continued to highlight the valuable skills members of the Armed Forces community can bring to the NHS workforce, such as: logistics, planning and an ability to respond quickly to challenges.

Between April and December 2020, more than 400 NHS job offers were made to individuals who self-identified as members of the Armed Forces community. Our stories below provide an insight into the experiences of those who have made the step into the NHS, with words from some of their employers.

I was a Warrant Officer Class One (Artificer Sergeant Major) in the Royal Electrical and Mechanical Engineers, British Army, and now I work as Assistant Director of People and OD at University Hospitals of Morecambe Bay NHS Foundation Trust (UHMBT).

I first attended a Career Transition Partnership workshop where I was advised to look at the NHS jobs website, which is where I found my current role. The recruitment process was open and honest. I was told that I didn’t meet the description for the role, but it was observed that my transferable military skills could be very useful to the trust. My role in the military was very similar to the role for which I applied, although this could have been missed from the wording of the advert.

There has been a lot to learn in my new role but being a veteran, I am used to following processes.  I hope to make Executive Director within the next five to ten years and the next five years will be about learning the NHS ways, and helping my current trust become the best that it can be.

Ray’s employer told us: “When we were recruiting for our Assistant Director of People & OD, we were looking for someone different, someone that could bring an alternative view and perspective into the team in order to challenge how we were doing things.  Ray has certainly brought that to UHMBT.”

I was a Major (SO2) in the Army and I am now the Implementation Manager for the Veterans High Intensity Mental Health Service at Leeds & York Partnership NHS Trust. I landed the role via a direct approach to the hiring manager, with additional support from Step into Health programme lead Gemma Wright. The trust demonstrated a brilliant approach to recruitment and they allowed me to apply beyond the closing time. The hiring manager and HR department really are a credit to the trust and the NHS. My new colleagues were welcoming and receptive and my new role has been empowering and engaging from day one.

Dan’s employer told us: “The experience of Dan joining us has been an incredibly positive one. He clearly has the skills to work at a higher level in the NHS, once orientated a bit more into the wider workings of the health and social care system. This wasn’t a surprise considering his CV and experience, but I have seen people move from private sector to NHS and just struggle to adapt or not get it.

“He has played a massive part in delivering the service on time and in full, throughout a pandemic, despite having met me personally only once (and members of the team never) other than on calls. He has quickly become a hugely respected part of the team, due to his approachability, humour, commitment to delivery, communication and teamwork. Dan has also brought a wider perspective and connections to the Armed Forces and Veterans network which is helping to establish the new service.”

I left the RAF as a Sergeant and am now an Emergency Care Assistant with South Central Ambulance Service.  I joined the service after attending a military–only open day hosted by the Career Transition Partnership and by talking with their recruitment team, who gave me feedback on my CV and helped me through the application process. They organised an observation day for me, which enabled me to go out in a frontline ambulance on a 12-hour shift.

Since taking on the role, the main learning point for me has been to remember to step back, as I no longer have to take charge. Completing timesheets and claiming overtime is also very odd. My long-term goal is to step up to a Specialist Paramedic role. In the meantime, I hope to become trained as a Paramedic.

Alistair’s employer told us: “For many years now South Central Ambulance Service (SCAS), has been proud to support members of the Forces into roles across the trust. We have offered help, support and even set up focused Military networking events to allow interested personnel to visit us and find out what SCAS is all about.”

I left the Army as a Sergeant Exercise Rehabilitation Instructor in the Royal Army Physical Training Corps. I am currently the Training and Engagement Lead for Arden and GEM working on the National Immunisations and Vaccinations System (NVIS).  The application and interview processes were simple and straight forward. The role is very fast-moving and agile to meet COVID-19 vaccine demands, but my military training sharpened my adaptability and versatility. I aspire to become the sole lead service manager for the NIVS programme once business as usual is restored.

I had a 37-year career as a soldier (reached Warrant Officer Class 1 – RSM) and LE/DE Officer in the Royal Army Medical Corps. I am now a regional lead for the Veterans Covenant Healthcare Alliance, which is part of the Royal National Orthopedic Hospital. Veterans were specified as preferred candidates and I was treated with great respect throughout my engaging interviews. They wanted candidates who demonstrated an ability to move quickly through the gears and engage with change. In the future, I hope to land a board position where I can use my strategic planning skills to better patient outcomes and create a more agile workforce. 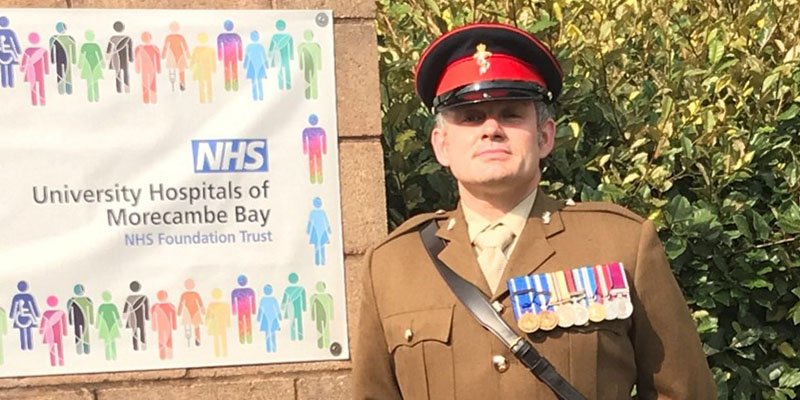 Assistant Director of People and OD

One of many who found a new career in the NHS during the pandemic. 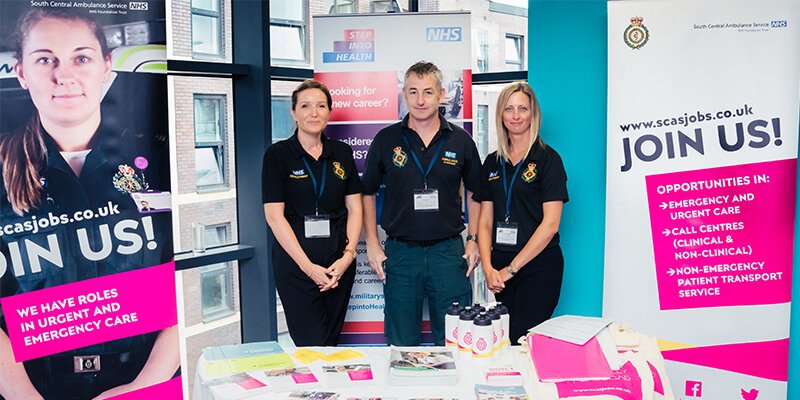 Find out more about the different types of roles available in the NHS. 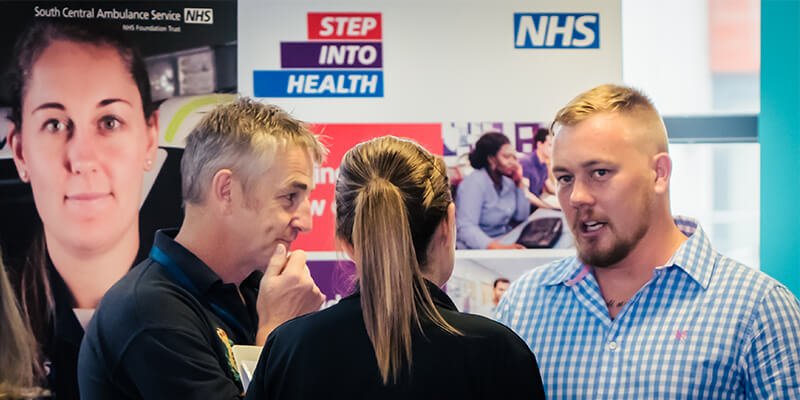 Register on our candidate system and get in touch with NHS organisations about their opportunities. 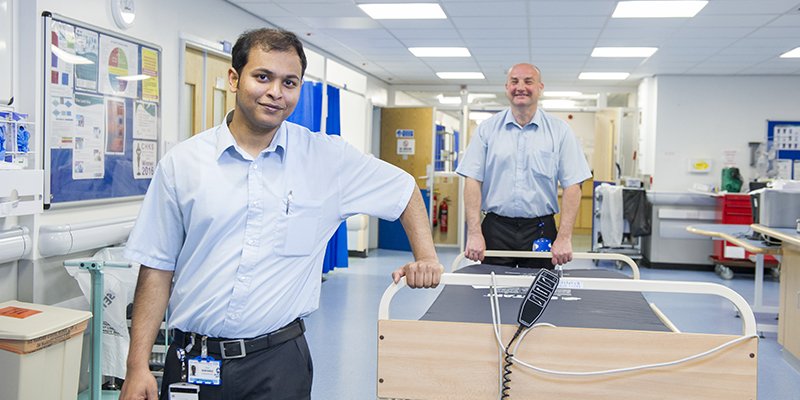